A big  congratulation to the Rivers state governor, Nyesom Wike who was conferred the chieftaincy title of the Se - Taribo (leading light) of Okochiri kingdom 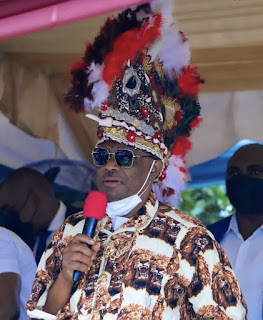 This happened on Saturday as the king, HRM. Ateke Tom celebrates his 4th coronation anniversary 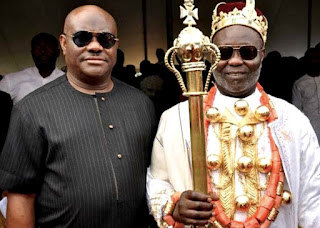 area at large in Rivers state.

The governor told the monarch "it is one thing to be a traditional ruler, it is another thing to live

up to expectation. You have kept your kingdom united and that is what is expected of a great

occasion was a demonstration of their appreciation of his leadership, stating that without

"Ateke has brought peace, don't only see him as Ateke Tom who fought for Niger delta, see

him as Ateke Tom, the traditional ruler, the Amayanabo of Okochiri kingdom, whose traditional

The event was graced by dignitaries from all over the country