Such a sad day for the family of late Mr. Adegoke Timothy Oludare, a postgraduate student of the Obafemi Awolowo University (OAU), who was allegedly killed in a hotel in Ile Ife, the family demand justice for their son/husband and father 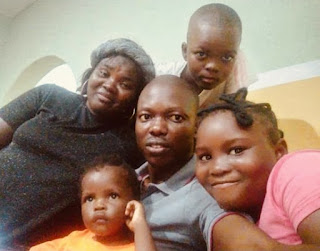 Our correspondent reached out to the wife who said her late husband was easygoing and never troublesome, a good father, and a loving husband, the late Mr. Timothy Adegoke was a man of integrity this is a huge loss for his family.

The family demands an explanation from the Osun State Government on the gruesome murder of Adegoke and why the suspects have not been arrested by the police and charged to court.

what still befuddles the minds of those who care to know is that up till the time of this piece, the Nigerian Police, particularly the Osun State Police Command, has failed to do so for reasons best known to them.

Considering the circumstances of the disingenuously orchestrated murder of Mr Timothy Adegoke Oludare, 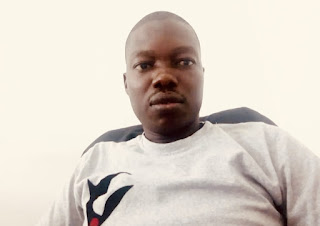 the law enforcement agency whose primary duty is to protect lives yof citizens ought to use the same energy invested in trailing and arresting suspected secessionists in arresting Mr Raheem Adedoyin who is allegedly at large!

While one wonders whether the labelling of Raheem Adedoyin as a prime suspect is a game plan to unclamp Dr Rahman Adedoyin, a panoptic appraisal of the whole saga will reveal nothing more than an attempt by some dark sections to allow glittering externalities to subvert the core of genuine probing and discreet investigations in the guise to pervert the cause of justice which we shall definitely refute.

Now that the police know so much, it is time to start asking more questions: Why has Raheem Adedoyin not been declared wanted and an intelligence team churned out to arrest him?

Why would the hoteliers break into the late Timothy Adegoke’s room on the first night when he actually paid for two nights at the hotel?

Why have not the suspects been charged before a court of competent record as prescribed by the constitution?

A lot of questions that needs answers, we demand an answer from the authorities and seek justice for the late Mr Timothy Adegoke